OF THE PALESTINIAN DIASPORA 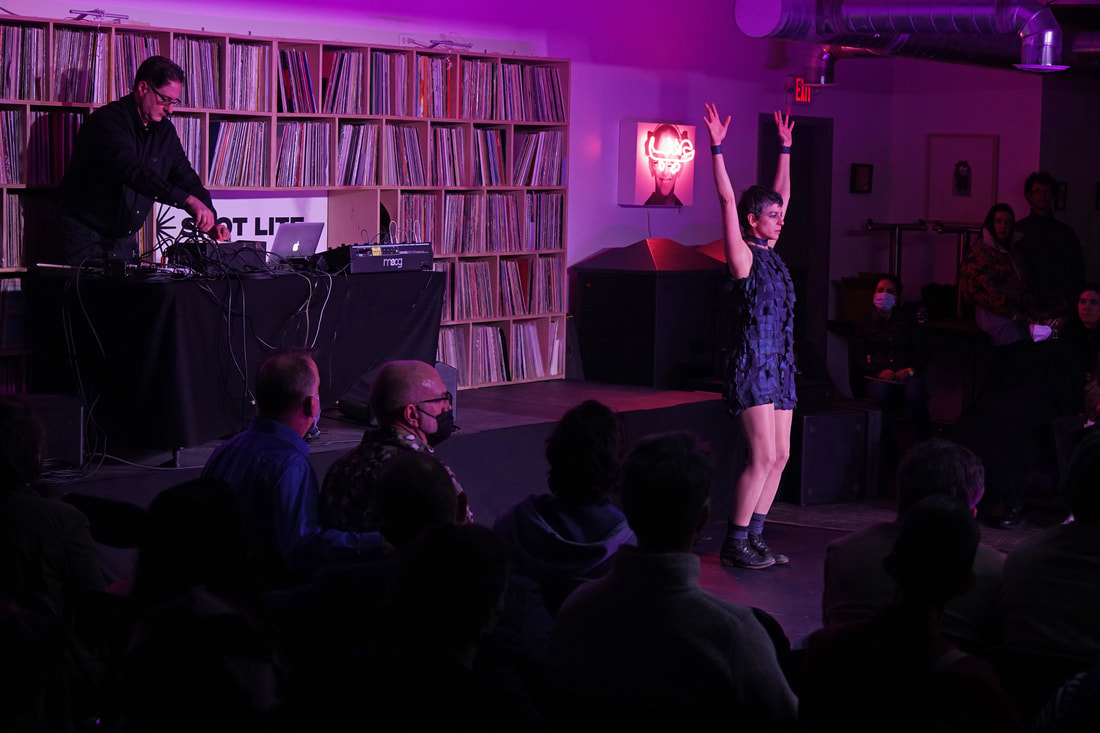 
Press for Tawil & Khoury
“The propulsion of the hand and heel was connected to arcs throughout the body.
You could liken the rolls to waves and tides of the sea. You could also feel them as
helpless searches for a point of rest..the plight “Atlas” expressed became larger
than that of one individual.” – Alastair Macaulay, New York Times

“It was disturbing, uncompromising, and awe-inspiring.” – Lizzie Simon, American Theatre

TAWIL & KHOURY is the duo of Leyya Mona Tawil and Mike Khoury. They work with sound and movement practices, and are community leaders in the field of Arab Experimentalism. Tawil & Khoury operate within the diaspora; narrating identity on their own terms. They began collaborating in Detroit in 2006, and have since toured nationally and internationally with their performance scores.

LEYYA MONA TAWIL [b.1975] - also known as Lime Rickey International - is an artist working with sound, dance and performance practices. Leyya is a Syrian, Palestinian, American engaged in the world as such. Her 23-year record of performance scores have toured throughout the states, Europe and the Arab world. Tawil was a 2018 Saari Residence Fellow (Finland) and has 2020 support from Gibney DiP Residency (NYC), Pieter Performance (LA) and the Kenneth Rainin Foundation (Oakland). Lime Rickey International’s Future Faith, commissioned by Abrons Arts Center’s AIRspace program and the Kone Foundation, has been nominated for a 2019 Bessie Award in Music. Festival appearances of Future Faith include Today is Our Tomorrow (Helsinki), New Performance Turku (Turku) and ZVRK Festival (Sarajevo).

MIKE KHOURY (b. 1969) is an improvising violinist, researcher and economist. His primary work involves the application of quantitative methods from the social sciences to improvisation. Khoury has performed or recorded with Faruq Z. Bey, Dennis Gonzalez, Wolfgang Fuchs, Simply Saucer, and Alex Cline. He currently performs with The Redford Civic Symphony Orchestra, Inscribe, in duo with Leyya Tawil, in duo with Ben Hall and as a member of the group Devotional. Khoury is the author of a chapter in an anthology of the Arab Avant Garde and is the curator of the Entropy Stereo label and performance space. He currently records and produces artists from his Redford, MI studio and laboratory.